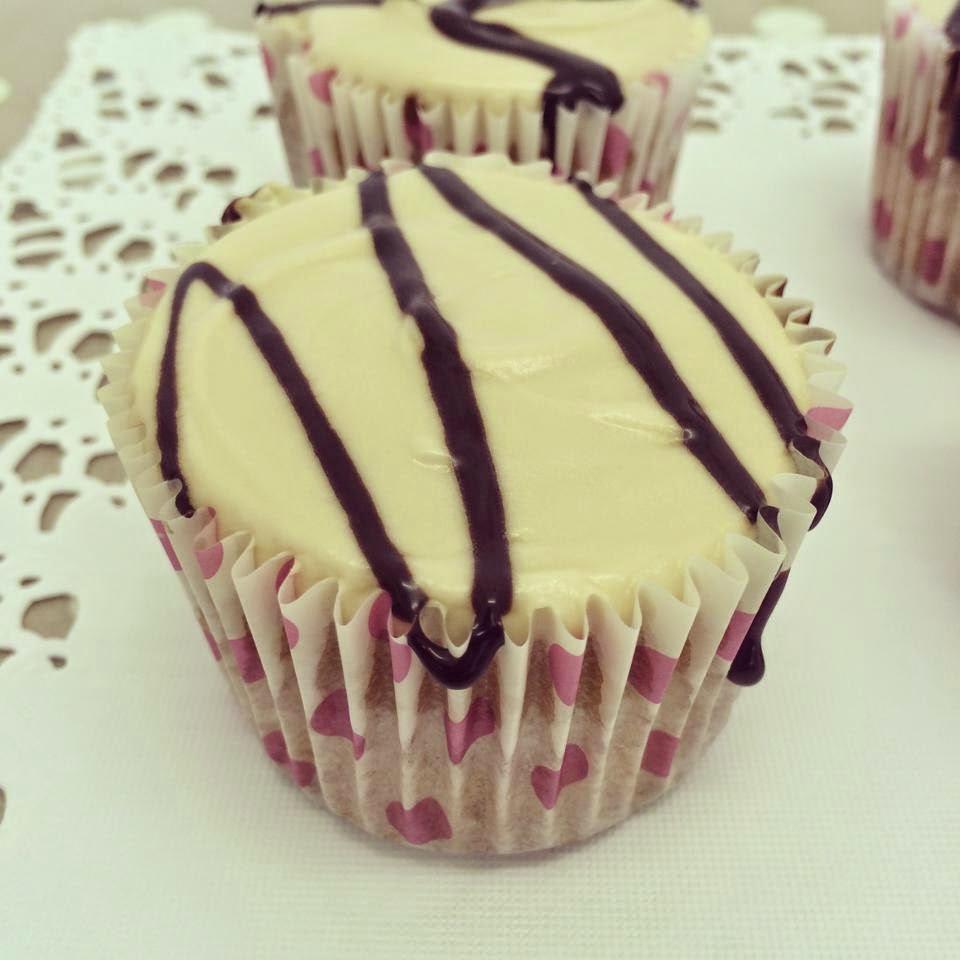 I also added to this some coffee essence which I made using this recipe
2 tbsps instant coffee granules (all I had was caramel flavour which is just lovely)
170ml water
Add together in a saucepan and boil until half is dissolved, then leave to one side to cool down

Put flour, sugar, baking powder, salt and butter in a mixer, beat on slow until combined and a sandy consistency, gradually pour in half the milk

Whisk the egg, vanilla extract and remaining milk in a seperate bowl, then pour into the flour mixture, mix until combined

Beat the icing sugar and butter in a mixer
Mix milk and essence in a seperate bowl and add to mixer a few spoonfuls at a time
Once all combined, mix on a higher speed, until light and fluffy (at least 5 minutes)

Top the cooled cupcakes with the frosting
I used some melted chocolate to decorate the top
My Quirky World by Deanne at 13:13